The Assembly – Koorilla was the third of three surplus primary school sites to be redeveloped by LandCorp and Lendlease under a development partnering arrangement, with the redevelopment of the former Koorilla Primary School Site into 40 residential lots, a 3,000m2 group housing site and a 2ha aged care site.

Due to the requirement for the creation of the 2ha aged care site for the City of Cockburn, considerable negotiations and preliminary engineering design were undertaken during the planning phase between the City and the Project team. This produced a satisfactory outcome over the sloping site, which eventually resulted in the total aged care site being earth worked to a proposed floor plan layout complete with excavated pad levels, to minimise any further earthworks once the site was handed over.

With TABEC’s involvement in the demolition of the Koorilla and North Lake school sites, the engineering process for both sites was linked through the programming for the anticipated export of in excess of 20,000m³ of fill material from the Koorilla site to the North Lake development. However, after the award of the North Lake site contract, and prior to the commencement of excavation of material from the Koorilla site, uncontrolled fill material, including asbestos containing material (ACM) was detected below the original playing fields and the export stopped. TABEC subsequently administered the earthworks contract for the remediation of the Koorilla site by removal of the ACM.

TABEC, through the experience of administering contracts for the three Coolbellup school sites and others, has developed a deep understanding of the potential for exposing and having to deal with contaminated materials, uncontrolled fill and unexpected buried structures etc, even on sites where remediation has understood to have been previously completed. The ability to recognise and respond to the challenges during the construction phase is a valuable attribute and may prove critical to the programming of construction works and the ultimate financial outcome of the development project. 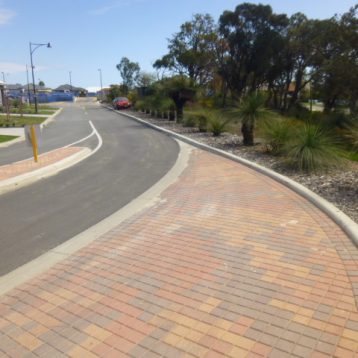 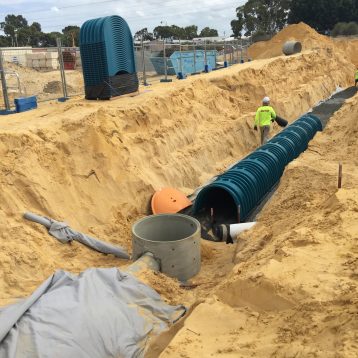