Exmouth Marina Village is a development of four waterway superlots by LandCorp.  Subsequent to the creation of the superlots, TABEC has been the Engineering Consultant for three superlots and have been retained by LandCorp for the remaining superlot, which is yet to be developed.

The actual superlot subdivision required the excavation of approximately 50% of the constructed waterways (including dewatering) then placement and compaction of fill material in the development sites, in addition to construction of road access and full servicing to each lot.

Whereas Perth metropolitan marina projects have usually utilised limestone block work and either gravity or tie back wall systems; due to the remoteness of the site, stone pitched batters or precast concrete panels and anchors were used to construct the canal walling in the dry.

Servicing design for the project included a comparison of the cost of alternative sewer systems. A deep gravity system and two sewer pumping stations was compared to a single vacuum pump station with shallow sewers throughout. The comparison was bought about primarily due to the rock that would be encountered with any deep excavations. Following the comparison, it was decided to install a vacuum system, which resulted in a significantly lower construction cost to the development.

Exmouth, as a remote area has relatively poor materials to use for road construction. As an alternative to sourcing material from many hundreds of kilometres away, roads in Exmouth have been designed based on the locally available material. Utilising this methodology, rather than simply adopting the use of the more expensive imported material, has provided Shire of Exmouth with the confidence that the roads will have an acceptable design life, while providing LandCorp with a relatively economical product. 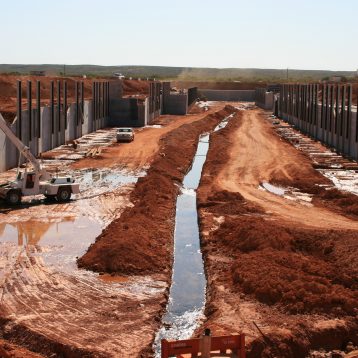 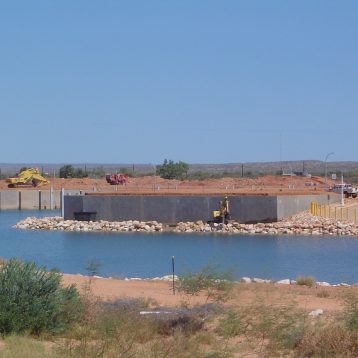 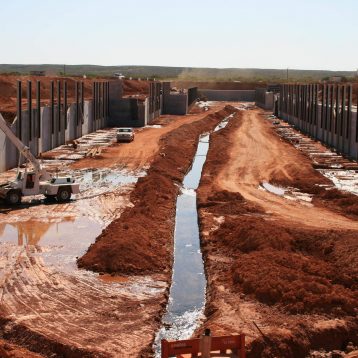 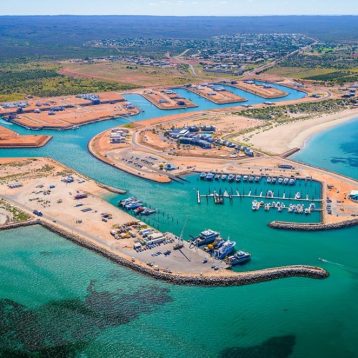